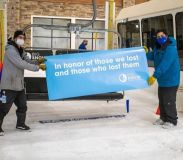 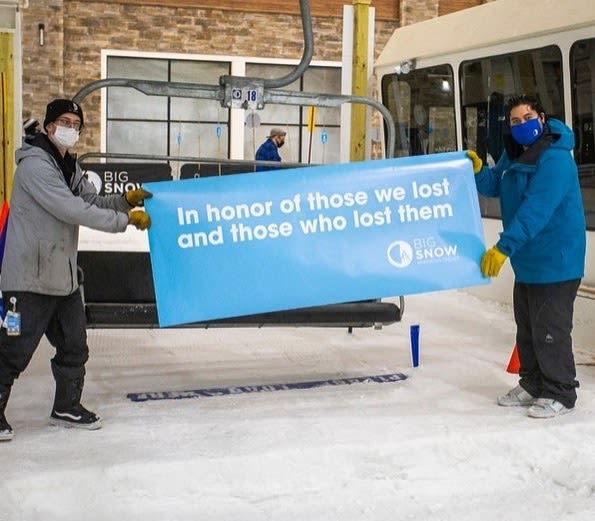 The Big SNOW indoor snow centre within the American Dream Mall in New Jersey, USA, re-opened on September 1st, sending the first of its quad chairlifts up empty in honour, they say, of those who have died from COVID-19.

"Yesterday was definitely a day of celebration. We are so happy to be able to share the snow with you all again, but the world has changed in unimaginable ways since we were last together. In recognition of that fact, we sent our first chair up empty yesterday... To honor those we have lost globally to the pandemic as well as those we continue to lose at home to the racially motivated acts of violence that plague our nation. We honor and remember those that we lost, and we stand with those who have lost," a statement issued by the centre on Wednesday 2nd September reads.


Big SNOW was built in 2008 but due to finance problems for the vast American dram mall complex of which it is part, only opened 11 years later in December last year.

With its opening North America finally became the sixth continent to offer indoor year-round snowsports, more than 30 years after the first centres were proposed there and after dozens of failed projects in the intervening decades.

Initial reports at the start of this year were that the facility was very popular when it finally opened, attracting tens of thousands of skiers and boarders, but it was forced to close again within three months, and for almost six months, by the pandemic lockdown.

Most of the world's indoor now 110+ snow centres have now re-opened. In the UK the five facilities in England are open but Snow Factor near Glasgow in Scotland in due to re-open on October 1st.